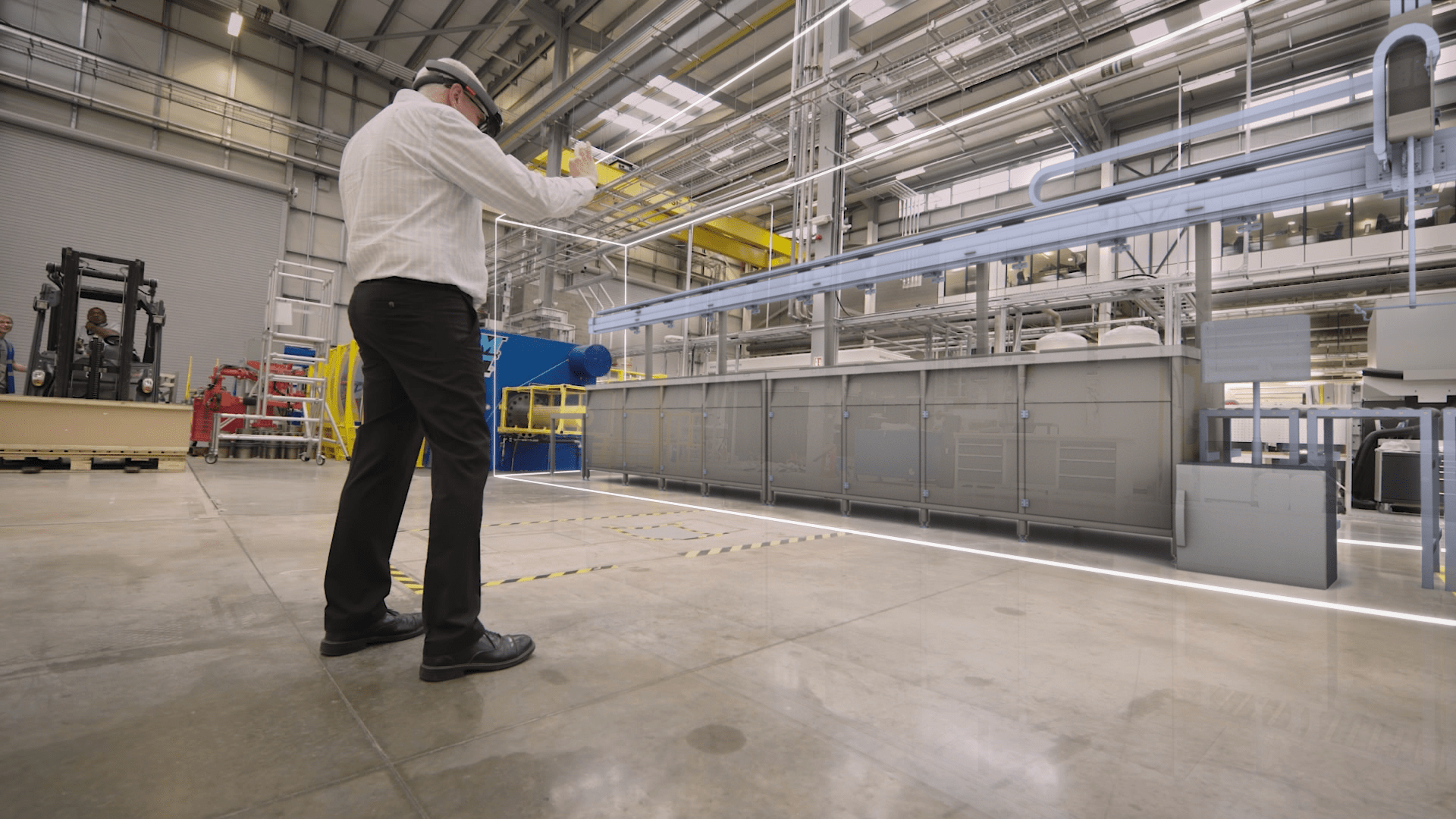 Microsoft is working with one of the leading manufacturing organisations in the UK to help companies unlock the benefits of mixed reality.

The Manufacturing Technology Centre (MTC), which was set up in 2010 to prove innovative manufacturing processes and technologies in an agile environment in partnership with industry, academe and other institutions,, has been officially named as a Microsoft Mixed Reality Partner.

They will now work together to create apps and teach more companies how to use technology so much as HoloLens, Microsoft’s mixed reality telephone receiver, to save time and money, and improve quality and client service.

“The MTC supports large and small companies crosswise the UK,” aforesaid David Varela, Technology Manager at the MTC. “Our mission is to help manufacturers in the UK vie on the global stage. One way we do that is by exploitation HoloLens, and two Microsoft tools in particular – Remote Assist and Layout. By causing our members a HoloLens, we are able to remotely work with companies to solve their problems and help them accomplish their goals. It is much easier and cheaper for everyone.”

Rather than put users in a fully computer-generated world, as virtual reality does, HoloLens allows users to place 3D digital models in the room aboard them. As the Windows-10-based product does not have wires or external cameras, or require a phone or PC connection, users can walk around the objects they create and act with them exploitation gestures, gaze and voice.

Remote Assist lets people collaborate remotely with heads-up, hands-free video career, image sharing and mixed-reality annotations. With Layout, you can import 3D models to easily create and edit room layouts in real-world scale. The MTC has antecedently worked with clients on hundreds of scenarios, showing them the value of the technology.

The MTC built on those programs to offer their own employment, including Remote Line Walk. “What would normally happen is an engineer would visit an SME, walk around the workshop and suggest technologies and processes to make them more efficient or help them overcome a challenge,” Varela aforesaid. “Now, instead of us causing a person to the site, we just ship a HoloLens to them, they put on the telephone receiver and we can deliver the same process remotely. person who used to need three years to do a couple of visits is now able to do three visits in one day. We can give them an expert on demand.”

HoloLens is not yet being used by large manufacturers and industrial clients so much as Chevron and can have immense benefits for other firms in the sector, which is a major part of the UK economy.

Manufacturing makes up 10% of the economy, employs 2.6 million people and is responsible for 45% of exports, totalling £275 billion. The importance of technology to portion growth in the sector was echoic in research from the EEF, the trade body for the UK’s manufacturing sector, which found that 80% of firms believe Industry 4.0 – the blending of industrial practices and technology – will be a reality by 2025.

“We tried every device in the market and the HoloLens was the best by a good distance, and it still is,” Varela aforesaid. “The beauty of HoloLens is it’s Windows-based, so developing is far easier than for other inclination. There are besides integrations with Azure employment, and that makes it so powerful.”

This is just the beginning of the MTC’s work with HoloLens and mixed reality. Over the past two years, it has been working with the Advanced visual image steering committee, including large region manufacturing companies to create an Azure cloud-based platform called VIVAR. VIVAR is a radio-controlled instruction manual platform that can be used crosswise the manufacturing process in order to advance work visualisations.