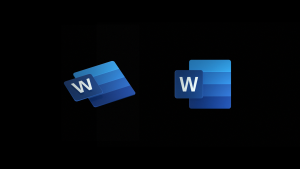 Microsoft has disclosed new icons for its Office programs, including Word, PowerPoint and stand out.

The colourful designs will be rolled out to nearly one billion Office users crosswise the world in the coming months, replacement the icons that were introduced in 2013.

Microsoft aforesaid it chose colours that were “bolder, lighter and friendlier”, piece embrace “simplicity and harmony”.

“We wanted a visual language that unemotionally resonates crosswise generations, works crosswise platforms and inclination, and echoes the kinetic nature of productivity today,” a interpreter wrote in a blog post.

The result is two panels – one featuring the letter and one with the symbol – that can be put together or separated. The Word icon, for example, features the letter “W” half-attached to a square containing blocks of blue – representing lines of text.

Here are all the new icons (click to enlarge):