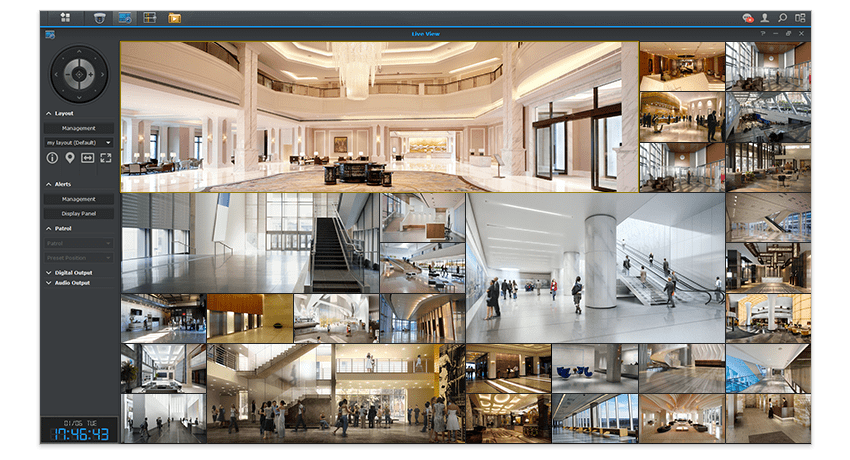 When it comes to CCTV there are many many options and solutions all promising the very best features at the best price performance, but not all CCTV systems are the same and you can generally break them down into classes. The first class is the traditional composite CCTV setup where the cameras are connected via coax and power over distance and the DVR then digitises the video and stores it on fixed storage. Some of these systems have features such as motion/alarm detection and are generally based on some form of Linux kernel. These composite systems have been in the market for 20 years now (although 20 years ago the video image was stored on tape) and are generally very reliable. The downside to composite video systems is that the image quality, being analogue suffers over distance and this can be seen in the stored image. Very few companies are still offering composite systems in large scale deployments but there are some if its what you really want. The second class of CCTV system is digital, that is the video stream is digitised at source and then sent over CAT5E/CAT6A cables back to the DVR. Digital gives many advantages over composite but the most striking is the video quality which can be 5MegaPixel or more and without any loss. Digital does not degrade over distances but unlike composite there are limits on the cable length to the camera which is generally 100m. Power for the digital camera's can be delivered down the same cable and generated by POE (Power over Ethernet) switches. The line length is from the camera to the first switch, so by having switches distributed throughout the site its fairly easy to keep line lengths below 100m to any one camera. When it comes to storage, digital also has benefits over composite in that the video is stored in a compressed format, usually H.264 and can be stored anywhere on the corporate network.

When it comes to operating system, we of course use Linux and Synology Surveillance Station 7.0 which is by far one of the best and most flexible systems out there. You don't need any special hardware to monitor your camera's just a computer and a browser. If you don't want to have a computer, then you can use a VS240HD module and a HDMI monitor which is perfect for security offices. Surveillance Station makes it simple to channel monitoring between sites for centralised monitoring and even remotely via iOS app's on mobile devices. With support for 4000+ camera's from 73 manufacturers you will always have the most appropriate camera's for every option. 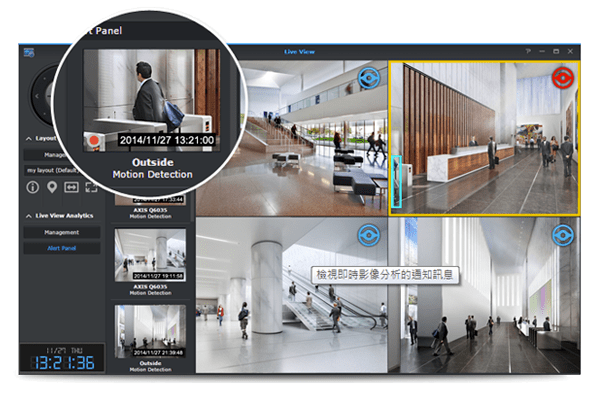 One of the many features of surveillance station is its extensive analytics that can be setup to create alerts, alarms, separate recording based on various conditions such as motion from just part of a camera, motion alarms, door access and so on. By having a fully integrated system like this we always get video when we need it without having to record the entire day. A good example would be an external door which has a dome camera pointed at it; motion detection is great but especially in a busy area you'll be recording all the time. With surveillance station we can take the door contacts and link those directly to the camera's alarm inputs and then configure surveillance station to only record from that camera when the door actually opens which is just perfect.

When you include all the features provided by Synology Surveillance Station and the extensive range of camera's available there really isn't any other system which gives you so much for a comparable price in a fully scaleable system. You can have systems from 1 camera for less than £500 right up to 400 camera's for somewhat more. As all systems are designed to order simply drop us a line and we'll give you an estimate by return and if you want to move forward then we'll come out for a site survey and firm that up into a formal quote with our usual 5 YEAR WARRANTY.

As of about 15 minutes ago, Facebook and its associated companies, Instagram, Whatsapp, etc are current offline, mainly due to a DNS resolution issue. This may be a deliberate change to protect the servers, or it could be a failure of the D

Over the last decade or so IP Telephony has become one of the standards that everyone now expects when they require a new phone system, and out of the melee is one clear winner; Asterisk. Now Asterisk isn't always mentioned or listed when p

Podcast Episode: Hack to the Future

Like many young people, Zach Latta went to a school that didn't teach any computer classes. But that didnt stop him from learning everything he could about them and becoming a